Lying to the northwest of Hyderabad at about a distance of 100 Km, Medak, a small Telengana town, will offer you a slice of incredible India, where the dirt roads murmur history, an impressive collection of temples, churches and mosques speak of the multicultural, multi-religion fabric of rural India, the scenic surrounding shows off the richness of flora and fauna and the days-long festivals define the happy-go-lucky men and women residing in this amazing part of the world! 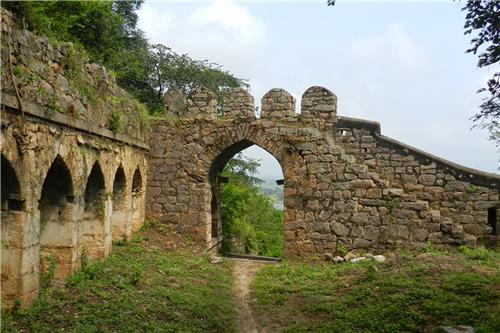 It’s a small world, where you can see and breathe ancient India. With its 13th century citadel on top of a hillock and several ancient temples dotting the town, Medak leads you through the corridors of history.

A home to roughly 50,000 people, Medak boasts of a rich history that dates back to the 13th century. The city prospered and reached its pinnacle during the reign of Prataprudra II, one of the most prominent rulers from Kakatiyan dynasty. Prataprudra II brought forward administrative reforms by dividing his vast kingdom into 75 Nayakships (chiefdoms), and Medak was one of them. Originally known as Sidapuram, the town was built on top of a small hillock and was a natural fortress in itself. The ruins speak of the architectural excellence of our ancient rulers. The fort was invaded first by Alauddin Khilji and later by Ghiasuddin Thuglaq. Eventually the fort came to serve as residence of provincial governors and later as posts of Qutub Shahi rulers.

In fact, in course of history, Medak was under the rule of several dynasties starting with Satavahana, Chalukya and Rastakuta to Qutub Shahi and Nizam kings. Historical researches point toward links with Ancient Rome as well.

Medak, a small town in Telengana shares its borders with the state of Karnataka on the western side. Nizamabad district is in the  North, Warangal and Nalgonda districts are in the East. Hyderabad district is in the South of Medak. Medak  has a typical Deccan topography with an average elevation of 442 meters (1450 feet).  More than 30 percent of the place is covered with thick forests. Manjeera, Valdhi, Gudleruvagu and Kadaleru are the major rivers around Madek.

Medak is part of one of the most economically backward regions in Telengana. A big chunk of the population lives under poverty line and is engaged in agriculture. Rice is the dominant crop of the area. Apart from high incidence of poverty and pseudo-unemployment, the region’s economy is also characterized by low literacy rate. Female literacy rate is remarkably low.  Local artisans are known for their expertise with brass and silver works. A section of the artisans also earn living by making wooden artifacts and Siddipet Bathic paintings .

In the service sector, the presence of Ordnance Factory Medak has significantly helped in improving the town's economic prospects. Ordnance Factory Medak happens to be the largest employer in Medak town. Spread over an area of 3023 acres, the factory currently employs about 3000 personnel. It manufactures various military products for the Indian Armed Forces, Central Armed Police Forces, State Armed Police Forces, Paramilitary Forces of India and Special Forces of India. 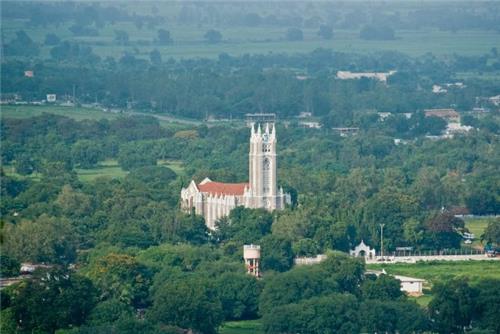 Seeking to walk off the beaten path? Then, Medak is definitely worth your visit. Apart from its ancient fort, Medak takes pride in its the century old cathedral, which is considered one of the largest in South India. Several old temples also dot the small town. Lakshmi Narasimha Swamy temple, Sri Venugopala Swamy temple and Koti Lingeshwara swamy temples are counted among Telengana’s major pilgrimages. Shri Saraswathi Kshetramu and Edupayala Durga Bhavani Gudi are two other must-visit temples in Medak.

While in Medak, you would also like to visit the serene Pocharam Lake and its amazing wildlife.  The nearly Manjeera Forest and Kondapur are also sure to amaze you with their pristine beauty.

The essentially tropical climate of Medak accounts for a hot and dry summer that lasts from March to May.  The south-west monsoon winds bring rain in the region in the months between June and September. The weather is mostly pleasant during winter which extends from December to February. The span between October and February is the most favorable time for visiting Medak.

Medak is a well known festival tourism destination of Telengana. The place and its people are known for their penchant for observing the traditional festivals with much fanfare. During festivals Medak transforms itself from a quiet town into a grand center of activities. The festivals draw tourists and devotees from the neighboring states a well as from all over the country.  The festival of Bathukamma causes the maximum tourist influx. Telengana’s very own autumn festival, Bathukamma coincides with Navrartri festivals. The celebration that starts with the invocation of Goddess Durga on earth comes to end at the 9th day of Dusshera, which marks the ultimate victory of good over evil.

Medak is well connected to other big cities in Telengana by road and train. A road trip from Hyderabad via either NH7 or Medak Road will be utterly enjoyable on a bright day. Nearest airport is Hyderabad airport.