Medak church or Medak Cathedral is the largest church in the newly formed Telangana in India. It is the single largest diocese in Asia and stands second in the world (just after the Vatican). You will be able to see the Bell Tower and hear the bells several miles away from the cathedral! 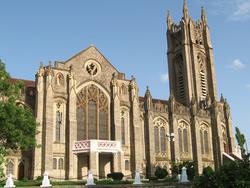 Do you know that the original name of Medak was Siddapuram which was later changed to Gulshanabad and much later to Methukuseema till this present name - Medak became final! 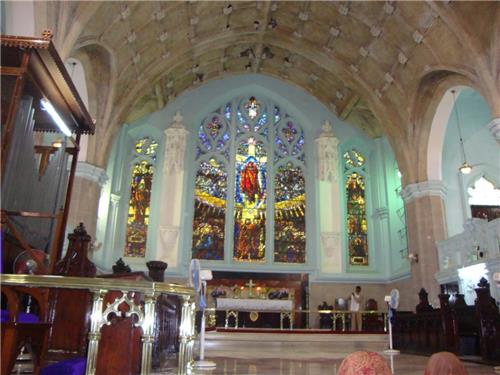 Reverend Charles Walker Posnett arrived from Secunderabad to Trimulgherry. He first ministered among the British soldiers at Trimulgherry. Later, he set forth and reached Medak in 1896. He came here on horseback covering a distance of about 97 kms. in one day! His motto was 'My best for my Lord'.

Not many Christians resided in Medak during that time. They prayed in a small tiled house which was their only place of worship. Some years later, Charles Posnett laid the foundation of Medak Church in Gulshanabad area.

During famine between 1919 and 1921, he employed people in the construction of the church. The construction continued for 10 years and he consecrated the church in 1924 and thanked the Lord for blessing the people and mitigating their suffering.

When several Christian groups re-united as Church of South India (CSI), this Church became Cathedral Church of the Diocese of Medak in October, 1947. 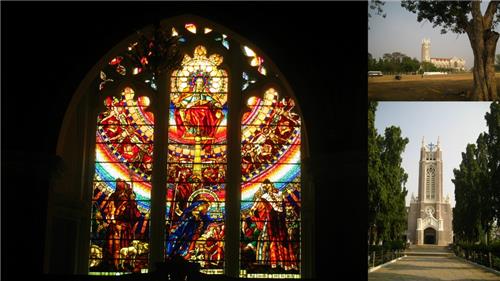 The architecture of this Church is akin to the Gothic Revival style. About 5,000 people can be accommodated in the Church at a time! The mosaic tiles, decorative flooring, large pillars, pure white granite, sound proof roof and the bell tower (175 feet high) - all look mesmerizing!

You will love to see depiction of the life of Christ on the stained glass windows. These windows were designed by Sir O. Salisbury and 'the gospel trilogy' in art - the nativity, the crucifixion and the ascension present a spectacular view. The windows comprise of inscriptions in English, Hindi and Telugu.

The Nizam did not want the church to be built taller than the Charminar, otherwise the church would have been a much taller building. The significance of the church lies not only in its artistic architecture, but also in the bond that it has always shared with the poor. Rev. Charles Walker Posnett had started the 'food for work' programme during the famine. Poor people constructed the church and were fed in return.


How to Reach Medak:

Medak is accessible by bus from Secunderabad and Hyderabad Bus Stations. One can also drive to Medak and enjoy the feel of village environment here. 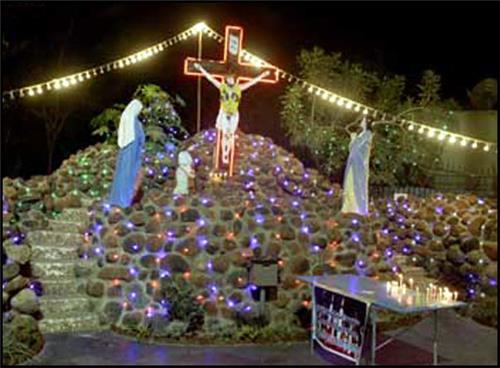 The church is now getting ready for Christmas Jatara and around 1 lakh devotees are expected to come from other states also which include Maharashtra and Karnataka states. Do visit this century old church in Medak which is famous especially for its stained glass work!